Cast iron is one of the best mediums to cook with. It gets nice and hot, it holds heat well and helps food cook evenly. But if you’re new to cooking with cast iron, it can be intimidating. There is a bit of a learning curve, but don’t worry. In this post, I’ll go over some tips that should help you in your cast iron cooking journey!

Almost two years ago, I started my natural living journey and the first thing I did was get rid of my non-stick skillets. If you’re curious why I did that, I wrote all about it here! I was inspired by Lisa from Farmhouse on Boone to give cast iron a try, and I’m so glad I made the switch. BUT, as I said, learning to cook with cast iron iron can be intimidating and it can come with some trial and error. When I first started using my cast iron skillets, I had some frustrations, but I learned a few things along the way, on my own and through research, that helped me so much. So today, I’ll give you 5 tips that will make cooking with cast iron easy!

Whether you’ve just purchased a new cast iron skillet or you’ve had one for years, seasoning is extremely important. Why you ask? The seasoning on cast iron is what gives it a slick, non-stick cooking surface. You can get a nice seasoning by baking a thin layer of oil onto the surface of the cast iron. The oil layer fills in the rough texture of the metal as it bakes, resulting in a smoother surface. This process is called polymerization.

The best method to achieve that initial seasoning for brand new cast iron (even if it comes pre-seasoned) is in the oven. You also may want to season your cast iron using that method throughout the years, especially when you notice food sticking a bit more than usual. I have a whole post all about how to clean and season cast iron if you want to know more!

Another way of seasoning that should be done is after you’ve washed your cast iron or it’s been wet. Again, I highlight that in the blog post listed in the above paragraph, but in short, it means drying the cast iron, heating it on the stovetop and rubbing a light layer of oil on all the surfaces, and then allowing the skillet to cool. This process helps keep that non-stick property and keeps rust away.

As I said in the introduction, cast iron holds heat and cooks evenly. However, to do that, it needs to be hot before any food hits the surface of the pan. For most meals, simply heat the pan on the stovetop on medium heat for about five minutes while you prep other things. You’ll know it’s warm enough when you hold your hand over top and it’s hot. For other foods, like my favorite Dutch baby pancake recipe, you can preheat your cast iron in the oven.

One important note about preheating is that you do not want to put a cold or room temperature pan in a hot oven or on a hot stovetop. Will it normally be okay? Probably, but it could create cracking in your pan. Cast iron is really durable, but extreme temperature changes could damage it. So what I do is simply put the pan in the oven while it’s cold and allow it to preheat along with the oven, or put it on a cold burner and allow it to warm up with the stove.

3. USE A FORM OF FAT AND BE GENEROUS

Cooking with fat will be your new normal with cast iron, although it’s not uncommon to use a form of fat when using other cooking mediums. Using a good amount of fat helps keep food from sticking to the surface of the pan. It also helps to season the pan even more! The beauty of cast iron is the more you use it, the better it gets. I mostly cook with coconut oil, butter, olive oil and sometimes bacon grease.

It’s important to choose an oil with a high smoking point when cooking with cast iron. So what does that mean? Remember when I said cast iron gets really hot? Well in order to cook in something that’s hot, you need an oil that can tolerate that heat. The smoke point of an oil is the temperature at which it will burn, and you don’t want to cook with burnt oil. Although the oils I use aren’t the highest on the list, most of the time I’m not cooking in temperatures above 400 degrees, but if you’re interested, here’s a great post talking about oil smoke points so you can choose the best one for your needs!

Okay, that heading might be a little harsh, but it’s true. In order get the best food from your cast iron that you can, it’s important to just leave it alone and to not move it too much. What happens when you leave it alone, is the food will develop sort of a crust. Once that crust is formed, you will then be able to easily flip it and nothing (or at least not much) will stick. Take for example eggs. Eggs are the worst offending stickers in my opinion. However, I’ve learned that by allowing the eggs to cook for a while and develop that crust, I rarely have any sticking, and that’s a huge accomplishment. The same goes for food like pancakes and meat!

If you’re new, you may think this is gross, but I assure you it’s not. The more you use cast iron, the better it will be. And the less you strip the seasoning away, the better it will be. You may be surprised to know that I probably only wash my cast iron skillets about once a week, if that, depending on what I’m cooking up. For the majority of food, think pancakes, eggs, grilled cheeses, et cetera, there’s really no need to wash them.

Simply scrape away any stuck on bits and you’re onto the next thing. The only times I wash my cast iron is if I’ve made a dish that has a sauce that sticks or I’ve made some sort of meat product. I’ve also learned that often times you don’t even need to use any soap, which seems counterintuitive, but I’ve found it actually strips the seasoning away a lot more.

You may wonder though what happens when you have food really stuck onto your pan. The best method I’ve found to remove that stuck on food is to add a few inches of water to the pan and allow it to to boil, but only for a few minutes. Carefully then, take it over to the sink, dump the water, add hot water back into it to rinse and then scrub with a brush or a scraper. If needed, repeat this process a few times. Make sure to dry the pan thoroughly, then place it on the stove to lightly re-season as I outlined above!

I hope you’ve found these tips useful and that you give cast iron a try if you haven’t, or dig out an old pan that you gave up on! It really is a wonderful medium to cook with!

ARE YOU LOOKING FOR MORE POSTS LIKE THIS ONE?

Are you looking for more posts to learn about cast iron and other natural living things? Check out the posts below! 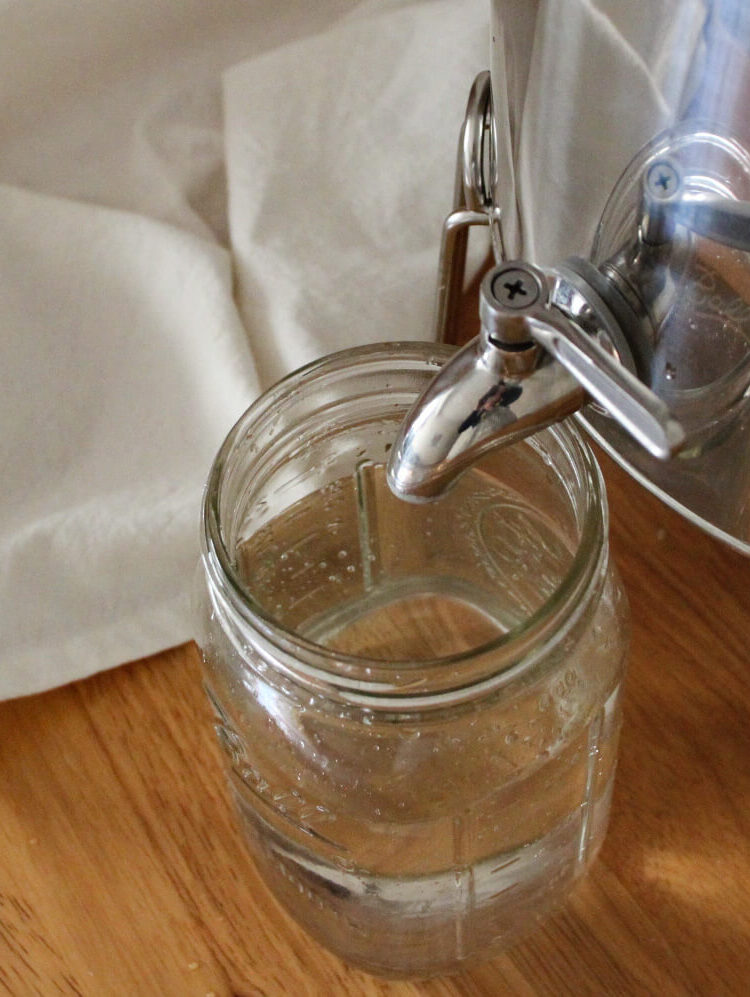 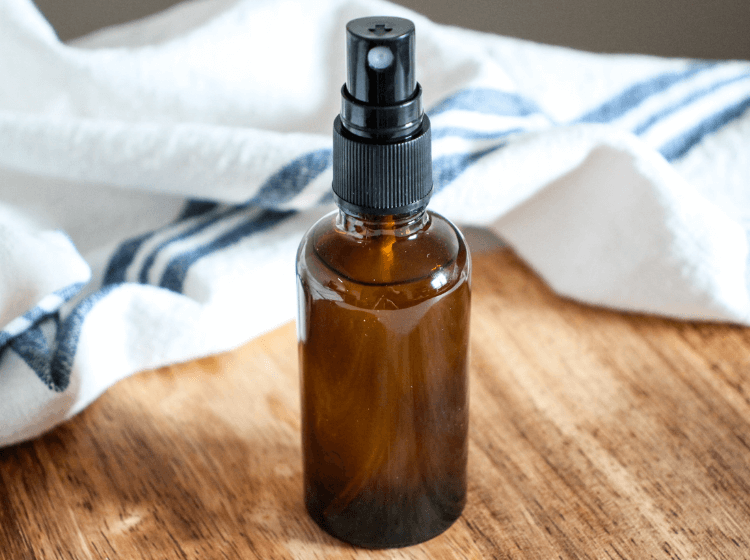 How to Make DIY Room Spray with Essential Oils

Stay up to date & receive the latest posts in your inbox. 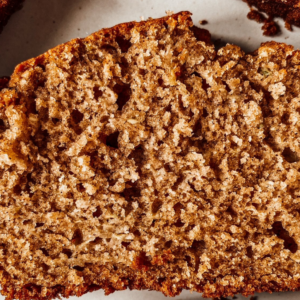 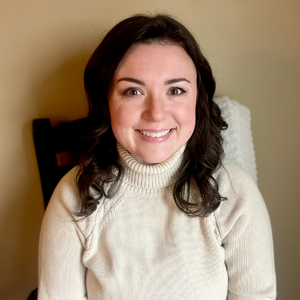 Welcome to The Simple Homeplace! I'm simplifying life and sharing tips along the way. Follow along for simple recipes, DIY tutorials for the homeplace and natural living tips! 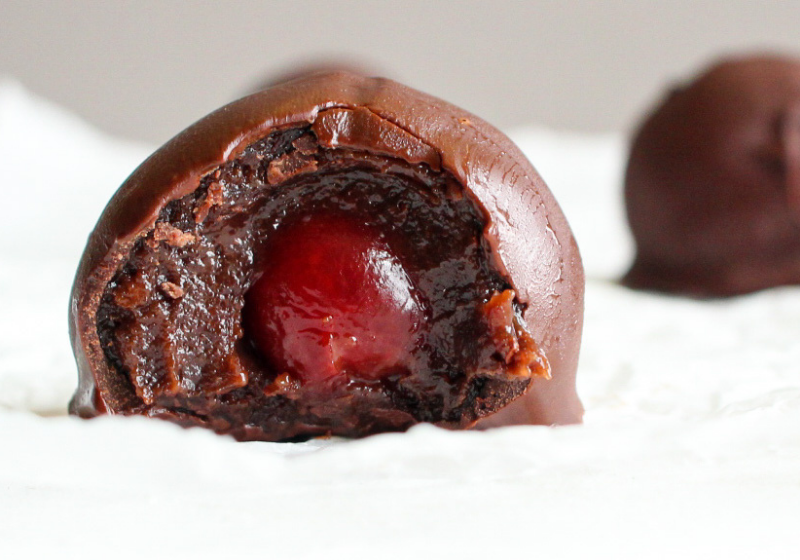 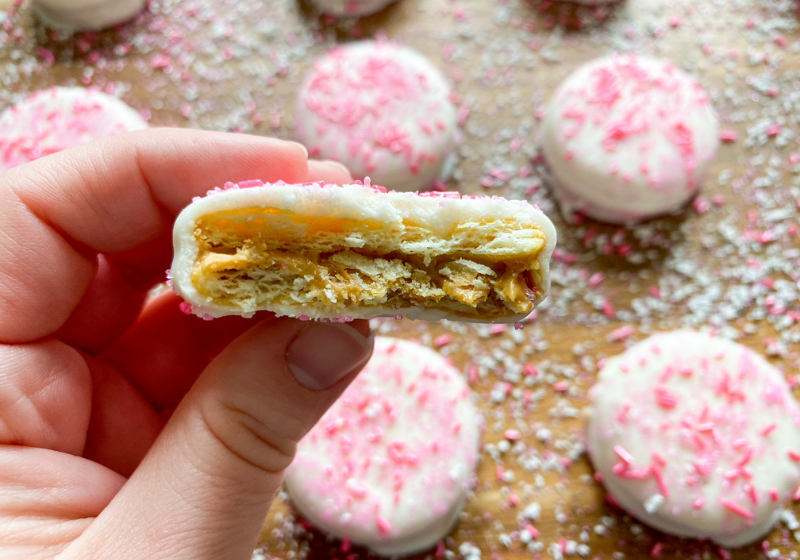 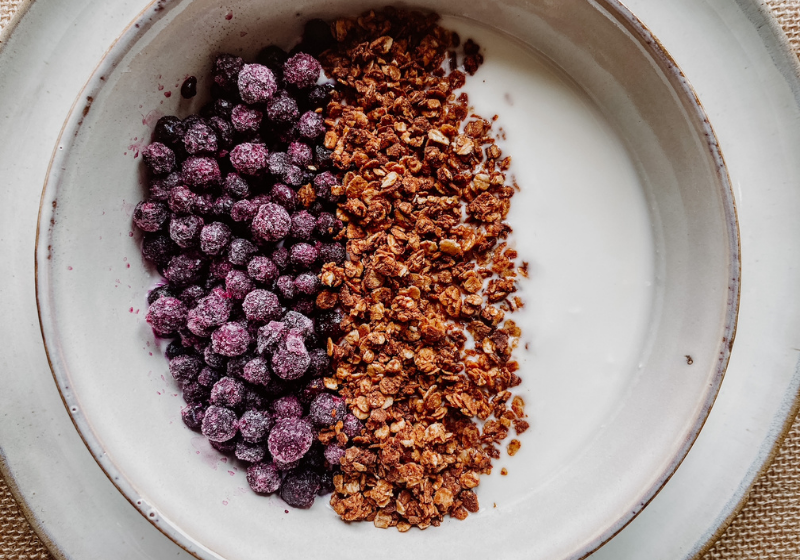